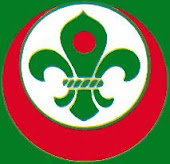 Scouting in the Hill Tracts

a) An Orientation Course was arranged for the  Extension of Scouting in the three Hilly districts held in the Railway Rest House, Kamalapur. In this course, 25 members who have a soft conner for scouting attented the meeting.

b) A Preporatory meeting was organized at 30 April, 2010 in Shams Hall, NHQ for the extension scouting in three Hilly districts. Sixteen participants attended the meeting.

c) An orientation course was held at 28 May, 2010 in NHQ recommended by the preparatory meeting. Twenty eight participants attended this orientation.